On Thursday night, December 13, a MarkWest natural gas processing plant in Chartiers Township, was shut down after four workers were injured in a fire. In a statement from Marathon Petroleum (parent company to MarkWest), company representatives said that the fire began around 6:00 PM that night and described the source of the explosion being an incident that occurred “near two temporary tanks that were on-site for routine maintenance, resulting in a fire.” The fire is reported to have begun inside a tank holding 200 barrels of Ethylene Glycon and hydrocarbons.

Neighbors near the plant indicated that they heard an explosion before the fire started, but there have not been any reported need for evacuations in the area.

More than eight fire departments rushed to the scene of the accident, along with HAZMAT and other emergency response teams. The four workers involved suffered serious burns and were taken to UPMC Mercy and West Penn. Some of them are reportedly in good condition, while others remain critical.

At Goddard & Wagoner, PLLC, we represent people who have been injured on the job, as well as others who suffer harm as a result of the negligence of another person or entity. If you have suffered serious burns while performing the duties of your job or while present at the time of a dangerous explosion, we urge you to seek legal representation as soon as possible. You will likely require costly medical care, surgery, and time off work to recover from your injuries, and you may suffer other potentially costly consequences.

Don’t trust your employer’s workers’ compensation insurance provider to pay you a fair amount—trust our workplace injury lawyers in Clarksburg and Morgantown to help you make sure you don’t get gipped after sustaining a work-related injury. 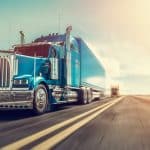 Passenger Dies as a Result of Water Truck Accident

The attorneys at Goddard & Wagoner, PLLC have worked on the other side and know how insurance companies work; they know how to stay ahead and get you the compensation you deserve.