WILLIAMSTOWN PIKE SHUT DOWN AFTER A MOTORCYCLE ACCIDENT

On September 30, a motorcyclist and a driver were involved in a collision on Williamstown Pike near Veterans Memorial Park. Reports from the Wood County Sheriff’s office and the Wood County 911 center reported that there were 2 people riding the motorcycle when the crash occurred and that there were 2 people in the car, who did not sustain any serious injuries during the accident.

According to the latest reports, the accident occurred when the motorcycle attempted to pass the car on the left side, at which point the car made a left turn, causing the motorcycle to collide with the driver’s door, throwing the motorcycle and its passengers off the bike and on an embankment near the roadway.

The roadway was temporarily shut down following the crash and both people who were on the motorcycle (a man and a woman from Parkersburg) were transported from the scene to Clark Medical Center. They were then flown to Morgantown to Ruby Memorial Hospital.

At Goddard & Wagoner, PLLC, we are primarily focused on serving people like you. We have personally handled thousands of personal injury cases, and we have the knowledge and experience necessary to help you obtain appropriate compensation. Members of our legal team have worked in the insurance industry and have an in-depth understand of its inner workings, which is often beneficial for our clients who have to fight their insurance providers for fair reimbursement.

If you have been in a car accident, we may be able to help you make up for the money you have lost due to healthcare treatments, rehabilitation, time off from work, etc. Connect with a member of our team today and let us be your advocates during this time.

Helping injured people achieve justice is what we do best. Call (304) 933-1411 today to speak to a Clarksburg car accident lawyer. 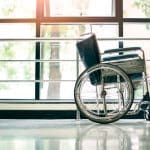 LOW-RATED NURSING HOMES IN CLARKSBURG: IS YOUR ELDERLY LOVED ONE AT RISK?

The attorneys at Goddard & Wagoner, PLLC have worked on the other side and know how insurance companies work; they know how to stay ahead and get you the compensation you deserve.